Showing posts from December, 2010
Show all

Recently affiliates of co.cc might have received a "Malware Detected" page on browsing to the Referrals section of the co.cc website.The screenshot attached is from Google Chrome. On browsing to http://www.co.cc/affiliates/affiliates.php, the user is warned that the website contains content from  http://lookfeel-201002[dot]co(dot)cc  The link in question is used in a reference to an animated gif used as a display banner to promote co.cc on publisher websites. One of the embeddable links that co.cc presents on the affiliate page also includes the link in question. Apparently the website lookfeel-201002[dot]co(dot)cc that co.cc uses to serve the banner has been labelled as a site serving malware. The Google Safe Browsing advisory report gives further details.It says that the site was found to host malware and infect a website 1 time in the past 90 days. It rates the website as suspicious. If publishers have been using this embed link to promote co.cc, users to their
Post a Comment
Read more

Will Wikipedia reach fundraising goal for 2011?

- December 27, 2010
Jimmy Wales and friends have been appealing to users of Wikipedia for donations to the Wikimedia Foundation to fund Wikipedia and sister projects through 2011. Wikimedia Foundation runs various sister projects along with Wikipedia.For eg. Wikibooks is a free textbook initiative and Wikiversity is an interactive learning platform. For this Wikimedia employs 58 salaried staff. To cover costs for staff and maintenance of the world's fifth largest web property, Wikimedia is aiming for 16 million USD in donations for 2011. The fundraising started on 12th November 2010 and so far they have collected 13.4 million USD . To donate, you can goto  http://wikimediafoundation.org/wiki/Donate Update(1 Jan 2011) : The fundraising is over and the goal has been met. Jimmy Wales says thank you , but we say thank you Jimmy! More power to Wikipedia and people this new year! Sources: 1.  http://wikimediafoundation.org/wiki/FAQ/en 2.  http://wikimediafoundation.org/wiki/Special:FundraiserStatisti
Post a Comment
Read more

- December 11, 2010
Youtube will now allow users with a good track record to upload videos longer than 15 minutes . While youtube has been largely free from pirated movies and full length TV episodes (recently ofcourse), due to their Content Id system and the restriction of uploaded video length to less than 15 minutes by regular users, this move could really test the effectiveness of their Content ID system, because pirates will try every trick in the book to bypass the automatic content recognition and filtering system that youtube employs. This could also give rise to a large number of websites offering tricks to upload copyrighted movies, by altering the audio or the video to bypass the filters. On the positive side,you will not have to slice your home movies into parts of 14.59 minutes each.We can expect some full length movies from Shay and Co. .
Post a Comment
Read more

- December 10, 2010
While Google's Chrome is blazing through version numbers, Firefox 4 has a drawn out roadmap ahead of it. On December 9 2010, Firefox released 3.6.13 update, with some security and stability fixes. Firefox 4 Beta has been out from June 24 2010, with new features being added in every beta iteration till Beta 7. The beta 7 feature set will then be refined through beta 8 to beta 10. Beta 10 will be the last beta release and is expected in January 2011. The Firefox 4 RC is expected in early 2011. Mozilla expects to give Firefox 4 a run of around 6 months before the final release candidate, exposing the browser to around 1M to 4M users. This should polish rough edges. Using Firefox 3.6.12? http://getfirefox.com should give you the stable version. Firefox 4 beta is available here as of now Sources: https://wiki.mozilla.org/Firefox/4/Beta
Post a Comment
Read more

Various news sources are reporting about Google +1, Google's social networking tool, much like the Facebook 'Like' button. TechCrunch a screenshot of the currently confidential service, on it's website. The screenshot is of Chrome browser on a Mac, displaying the Google News(http://news.google.com) page. A google accounts user is logged in and there a few additional buttons on the top-right area of the page. There is an additional link name 'Loop' on the top left side. The screenshot is probably from Nov 15 2010, based on the date on a News article. There is a 'Confidential' label, which perhaps indicates that the service is in private beta. This is followed by a share button, not unlike Facebook's 'Like', followed by a google user thumbnail, and user name. The user logged in is a google.com user, probably indicating a Google employee, This is followed by a gray box with the number '0' in it, probably a score, followed by a Settings
Post a Comment
Read more

Google Chrome OS Cr-48: Predictions for the next version number, based on isotopes 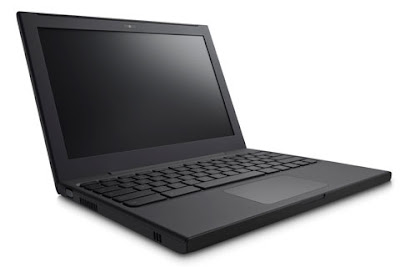 Google is giving out free netbooks running the Google Chrome OS as part of a pilot program. The netbook is called Cr-48. The Chrome OS and the browser is based on a project called Chromium . Chromium is also an element in the periodic table, with Cr-48 or more appropriately 48 Cr being an isotope. The most stable isotope of Chromium is Cr 50, with a half life of greater than 1.8 × 10^17 (10 17 ) years. The most commonly found isotope however is Cr 52, accounting for 83% of the world's Chromium. Whereas Cr 48 is a less common isotope with a half life of 21.5 hours approximately. Many Chromium isotopes have half lives in milliseconds eg. Cr 59, Cr 60, Cr 61. The stable chromium isotopes with long half lives are Cr 50,Cr 52,Cr 53 and Cr 54. Version Number/ Release Number speculation: Nobody in their right mind should take what is written below with less than a large pinch of salt. If Google is being inspired by isotope numbers to indicate the stability of a release, based up
Post a Comment
Read more

Open Flash Charts is an open source, flash charting component built by monk.e.boy. It supports multiple languages including php, java, .NET and more. In the words of the creator, it was created because "I could learn Flash and Actionscript and write my own charting component, release it as Open Source, host it on sourceforge and build up a community of helpful coders faster than they(company who sells proprietary flash charting component) can fix a single bug. --From http://teethgrinder.co.uk/open-flash-chart/ " Open Flash Chart released version 2 Lug Wyrm Charmer in July 2009 , and sadly the project hasn't seen a newer version since then. The community however has modifications and patches for OFC2 which keeps the project alive. I used OFC2 in a intranet project recently where I didn't want to use Google Charts . Tutorials on the OFC2 website made the setup pretty easy. I used Bar Charts, which did not properly support click events. The fix was pretty easy a
Post a Comment
Read more 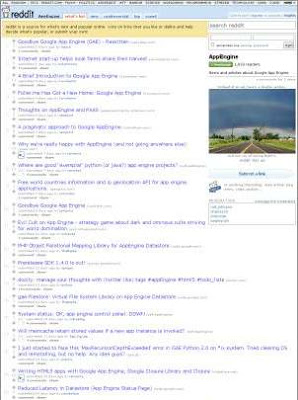 Google App Engine's(GAE) gallery of featured applications located at http://appgallery.appspot.com shutdown sometime in the month of November this year. A visit to http://appgallery.appspot.com gives the following message The App Gallery is no longer available. This page should redirect you to the App Engine docs. If not, please click on: App Engine Docs According to a post on a thread on the GAE Google Group , Ikai Lan(Google Staff) clarified ... App Gallery was something that was really awesome in App Engine's infancy, but App Engine has since matured a bit and it's really not the best way to showcase App Engine's capabilities. We've decommissioned it. If you're interested in App Engine happenings, you'll definitely want to regularly check out our Reddit page: The Reddit page is located at http://www.reddit.com/r/appengine The gallery was apparently pulled down without prior notice and users at the thread can be seen voicing their dissent.
Post a Comment
Read more
More posts